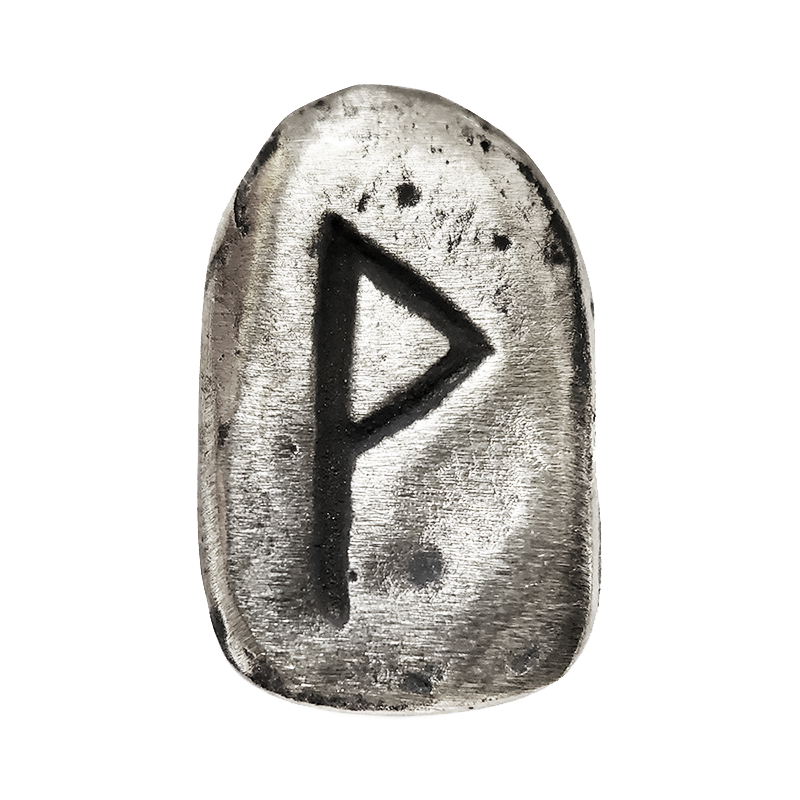 The Wunjo Rune is a clear sign of joy and light. Whether it is a material gain, emotional gain, or a heightened sense of your own being, all is well in the world! It is the sign of light which illuminates your pathways, plans, relationships, ambitions, and desires. Wunjo has amazing energy and highlights the joy of being alive. The light brings clarity to existing plans, ambitions, and goals. Enjoy it while it lasts.

If you look at the Mannaz rune which means “The Gateway of Joy”, and cut it straight down the middle you get the Rune Wunjo. Joy always means light; you cannot have happiness in the dark (metaphorically speaking). 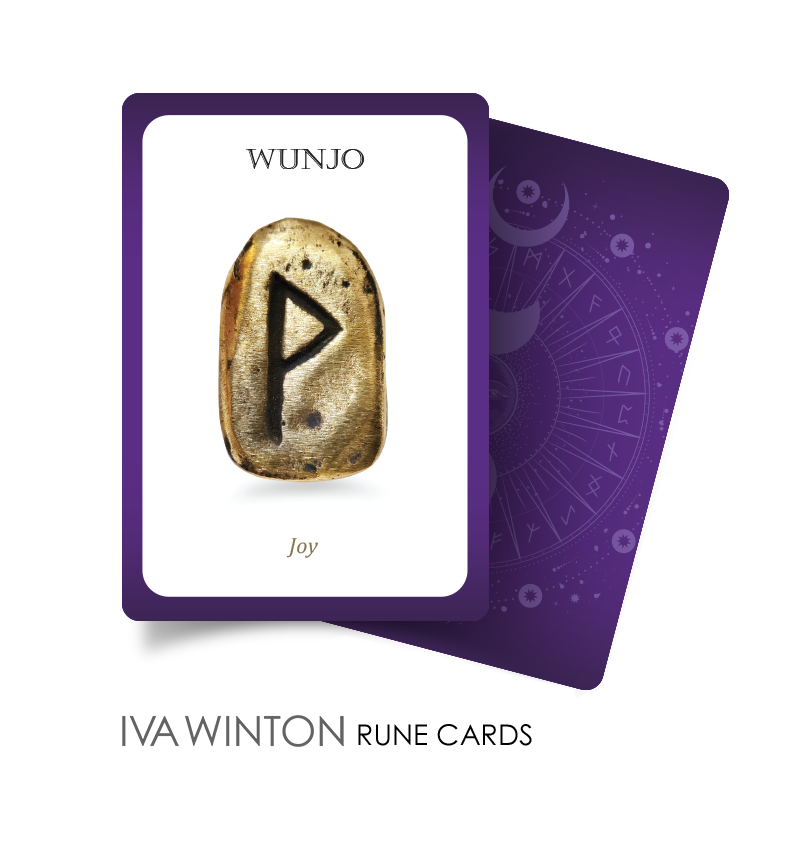 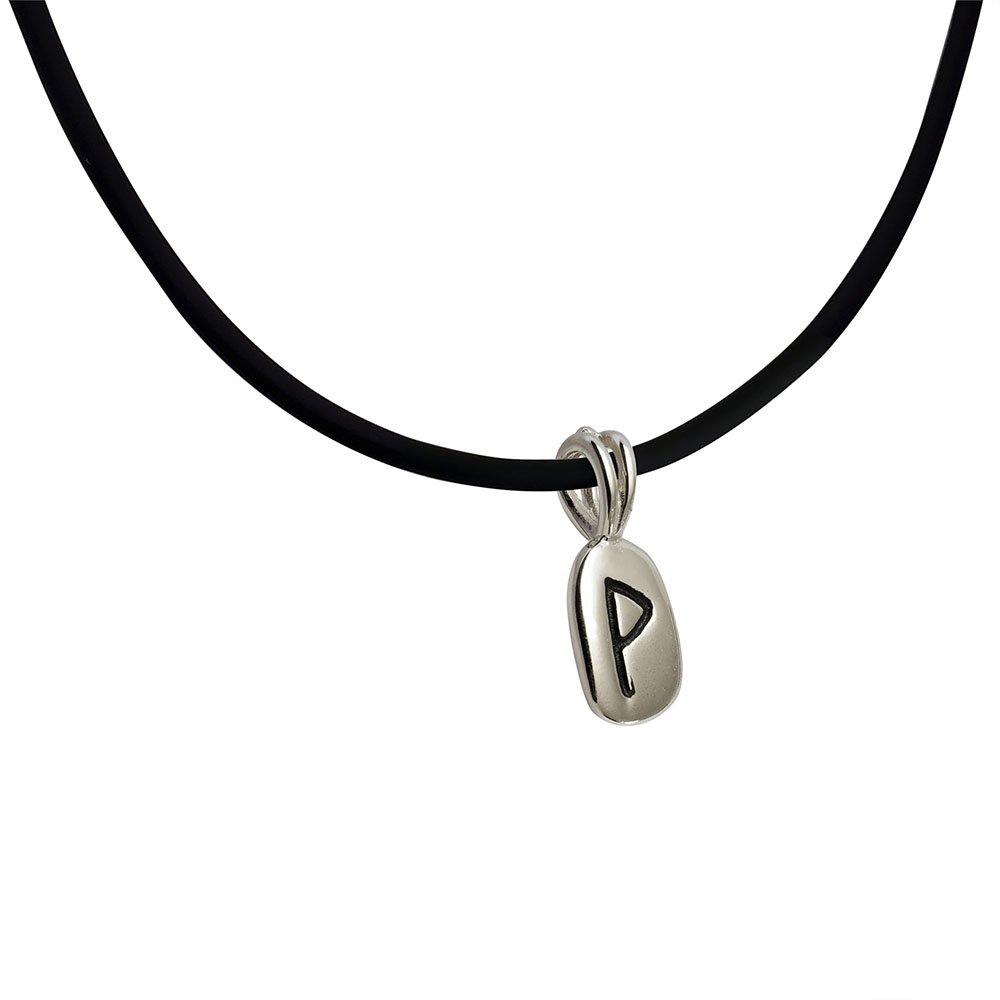 While the earliest Old English texts represent this phoneme with the digraph ⟨uu⟩, scribes soon borrowed the rune wynn ᚹ for this purpose. It remained a standard letter throughout the Anglo-Saxon era, eventually falling out of use (perhaps under the influence of French orthography) during the Middle English period, circa 1300. It was replaced with ⟨uu⟩ once again, from which the modern ⟨w⟩ developed.

It is not continued in the Younger Futhark, but in the Gothic alphabet the letter 𐍅 w is called winja, allowing a Proto-Germanic reconstruction of the rune’s name as *wunjô “joy”.

It is one of the two runes (along with þ) to have been borrowed into the English alphabet (or any extension of the Latin alphabet). A modified version of the letter wynn called vend was used briefly in Old Norse for the sounds /u/, /v/, and /w/.

As with þ, the letter wynn was revived in modern times for the printing of Old English texts, but since the early 20th century the usual practice has been to substitute the modern ⟨w⟩.

The Wunjo Rune has many meanings to the one casting the runes. As you continue to cast your own runes, you will see that each symbol will carry it’s own special meaning to you. Furthermore, here are some other popular Wunjo Rune meanings.

The Wunjo Rune is a fruit-bearing branch. The term of travail is ended and you have come to yourself in some regard. The shift that was due has occurred and now you can freely receive Wunjo’s blessings, whether they be in material gain, in your emotional life or in a heightened sense and awareness of your own well-being. – Ralph Blum “The New Book of Runes“

Wunjo is the inner urge for realization of your soul’s true will to achieve perfection of consciousness and the drive to this realization in this life-time. It wards off woe and sorrow so that the abundant gifts of the multiverse have no trouble bestowing themselves upon you. In Wunjo we find harmonious energies characteristic in functional families, group affiliations, healthy societies and nations and ultimately, the world.- From the Rune Secrets

Traditionally, Wunjo represents ‘joy’. ‘Joy’, in the case of Wunjo is finding a point of balance, a sense of fulfilment and transformation. It is to remain in harmony with the flow of events. Wunjo brings comfort, joy and pleasure in its wake, along with the promise of prosperity, good fellowship and harmony. – From The Elder Futhhark Runes

“Very insightful! The Runes told me about myself and the way I think. They also helped me be more sure about the decisions I make. I feel like I am carrying my best friend around with me all the time.” – Student of Iva Winton’s Rune Circle Course