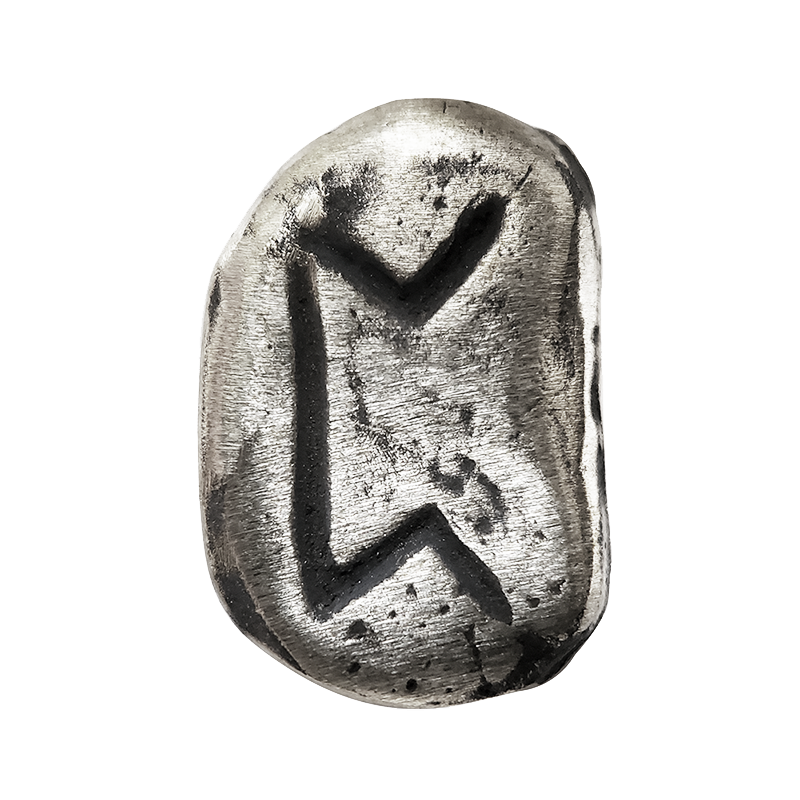 This is the Rune of questioning, one of unclear communication. Making this pick usually occurs at a time when you are feeling overwhelmed by things. There may be problems or obstructions in various aspects of your life. Free yourself by using your voice. Speak up. You are not being heard. You need to communicate more clearly at this time; maybe you are not listening. Speak the truth and don’t add to the confusion that already exists.

People need to know what you really are thinking. Never assume people know your thoughts. Meeting the obstacles at this time will create exhaustion. Work through it. Always take the initiative and apply open clear communication to an existing problem or situation. Don’t lose your sense of humour during this time.

Sometimes this Rune appears when you are unclear with a decision (perhaps you have not yet made up your mind). Once you are clear within yourself, make yourself clear with others. Communicate your thoughts and ideas. 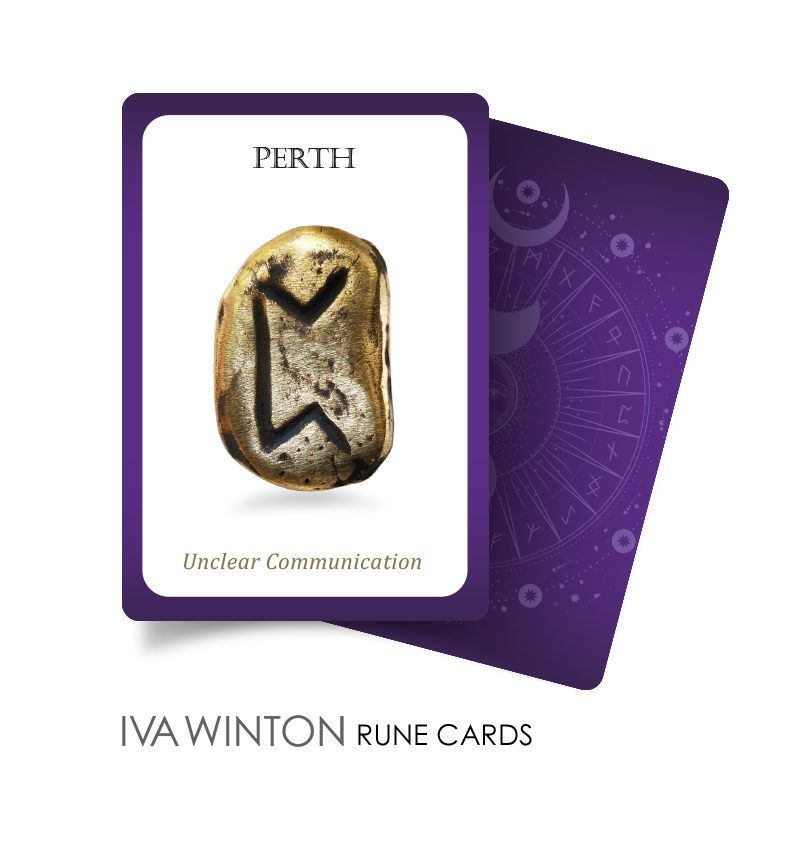 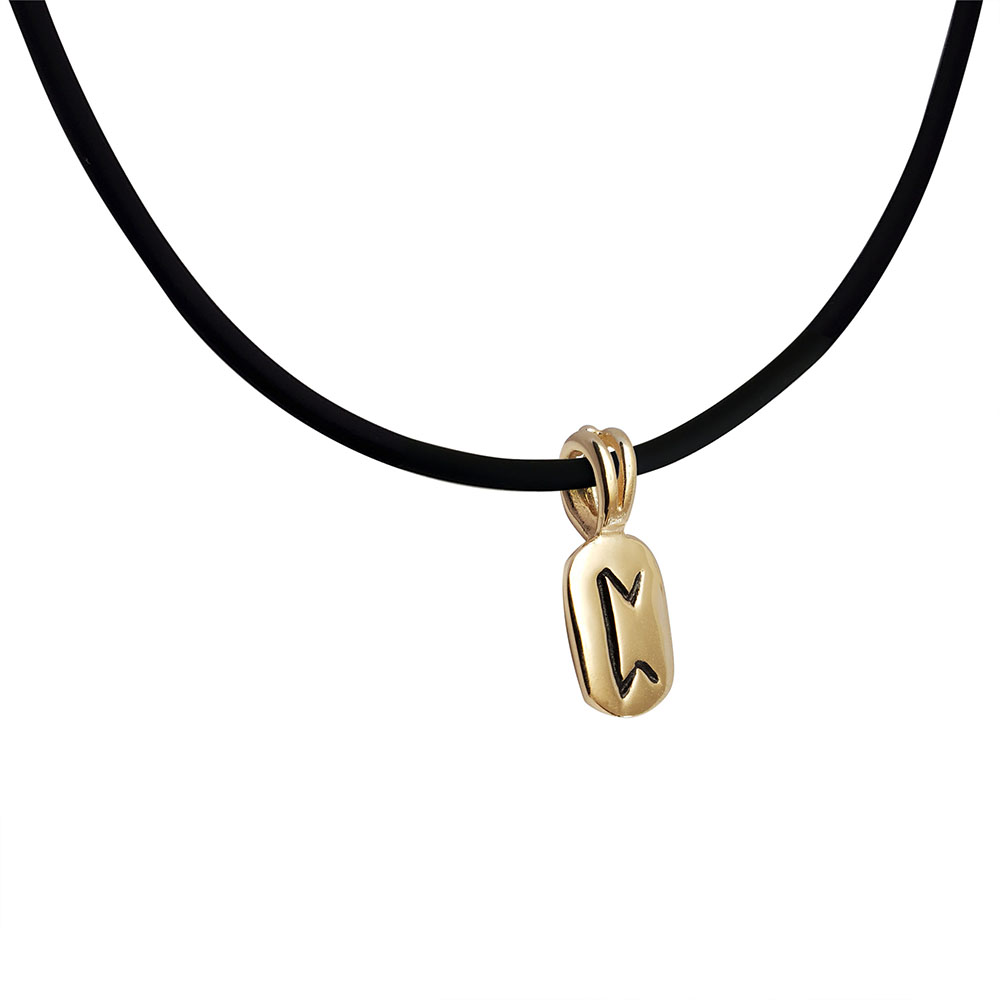 The Perth rune signifies the state of being receptive to divine messages, prophecy and revelation. It tells us that we are missing important information unless we allow ourselves to be guided from within and pay attention to signs and synchronicities.

The Perth Rune has many meanings to the one casting the runes. As you continue to cast your own runes, you will see that each symbol will carry it’s own special meaning to you. Furthermore, here are some other popular Perth Rune meanings.

“A hieratic or mystery Rune, Perth points to that which is beyond our frail manipulative powers. This Rune is on the side of Heaven, the Unknowable, and has associations with the phoenix, that mystical bird which consumes itself in the fire and then rises from its own ashes. Its ways are secret and hidden. Powerful forces of change are at work here. Yet what is achieved is not easily or readily shared. After all, becoming whole, the means of it, is a profound secret.

On the side of the earthly or mundane, there may well be surprises; unexpected gains are not unlikely. On the side of human nature, this Rune is symbolized by the flight of the eagle. Soaring flight, free from entanglement, lifting yourself above the endless ebb and flow of ordinary life to acquire broader vision – all this is indicated here. This is the Rune of questing.”  – Ralph Blum “The New Book of Runes”

Rune of fate and the unmanifest. Rune of probability and the role of luck in the evolutionary process of the all things. Universe at play.

“All the records of all events are stored here, so Perthro’s power helps the recollection of knowledge that is hidden within the collective unconscious of humankind, especially human lore lost over the course of the centuries. The same process is responsible for prophecy. Perthro will assist the birthing of a great idea into your environment by raising awareness of the forces arrayed against its manifestation. Co-incidence and deja vu play an enormous role in the recognition of the fundamentals of this rune.” – From the Rune Secrets

As with all games, we experience them and learn from them. Pertho is the experiences dealt to us in the ‘game of life’. Through winning and losing throughout life, we gain experience. With this we learn lessons and gain wisdom. Pertho is therefore, a rune of self-awareness. Pertho is a rune that says that deep transformative powers are at work. It is the rune of ‘what has yet to be revealed.’ It is the rune of taking chances. It can indicate mystery and secrecy.

– From The Elder Futhhark Runes

“I have asked pertinent questions and the Runes have given interesting, but appropriate answers. The answers fit with where I sense my life is at this time.” – Student of Iva Winton’s Rune Circle Couse