Gebo Rune Meaning – The Self 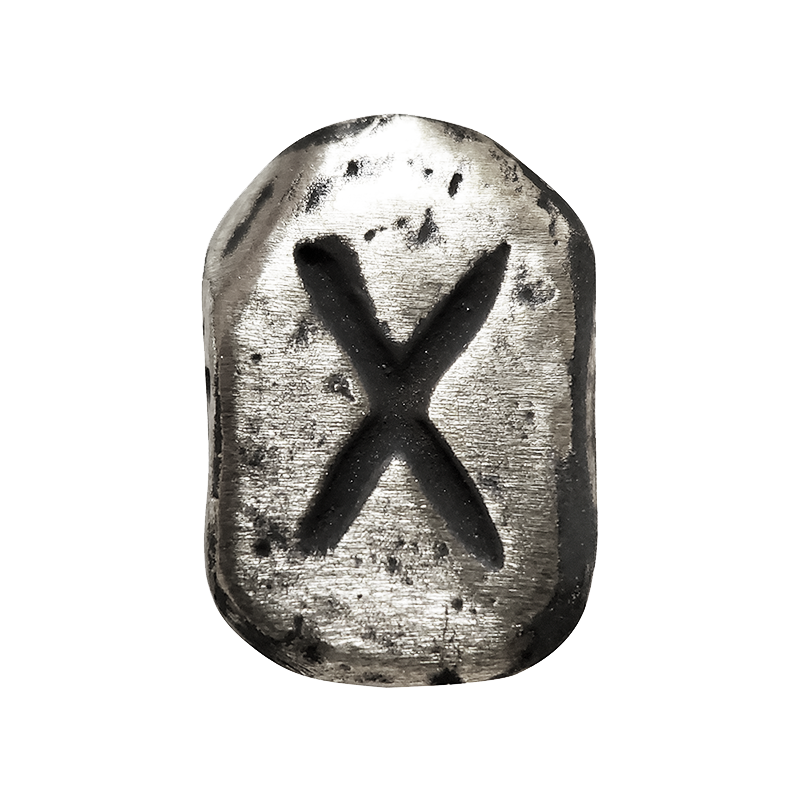 The Gebo Rune indicates a partnership with oneself. It signifies a healthy spirit, one that is in harmony with the world around it. Your Yin and Yang are in balance. Gebo stands for the self and the freedom that a person finds within when he or she is a healthy, well-balanced, and grounded individual. Such a people can objectively look at their lives and assess their own strengths and weaknesses.

A balanced partnership with oneself could ultimately lead to a partnership with other people. The Gebo Rune is also a confirmation of your strength. This stone shows you are strong at the center of you (symbolized where the two lines cross at the heart of the X). This is a sign that you can accomplish what you set out to do.

Gebo can be applied to love and business relationships, contracts, or partnerships of any kind. The only way these relationships could fail after choosing Gebo is if the other person is not clear and balanced as you. But when you are thinking of making a deal or a commitment, the chances are the deal or commitment will be successful. Consider the selection of this Rune as a gift of freedom to make choices in your life with full confidence. 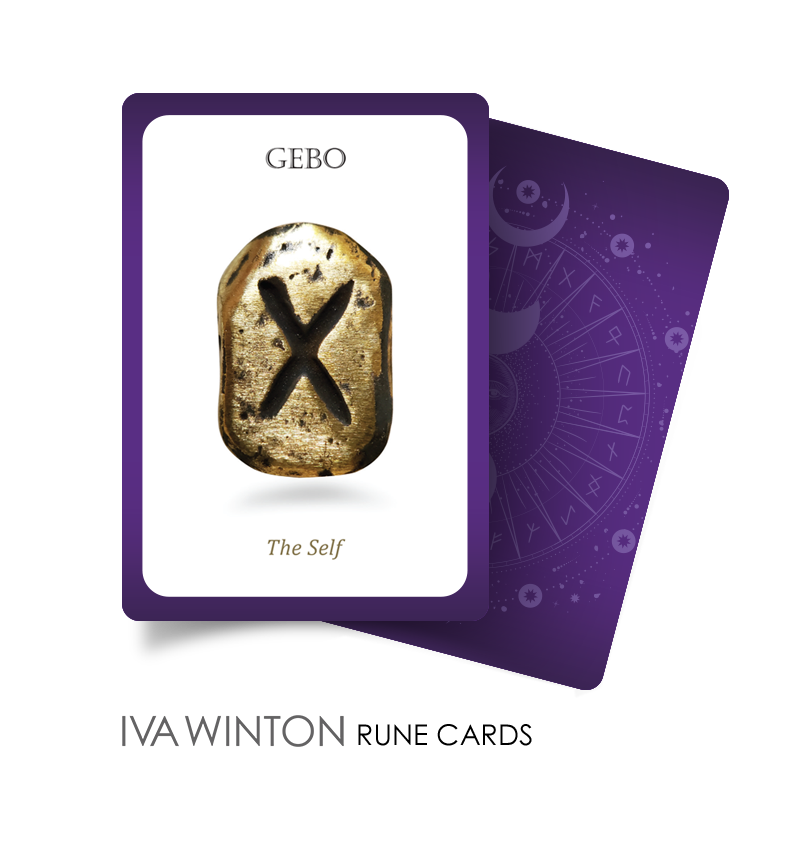 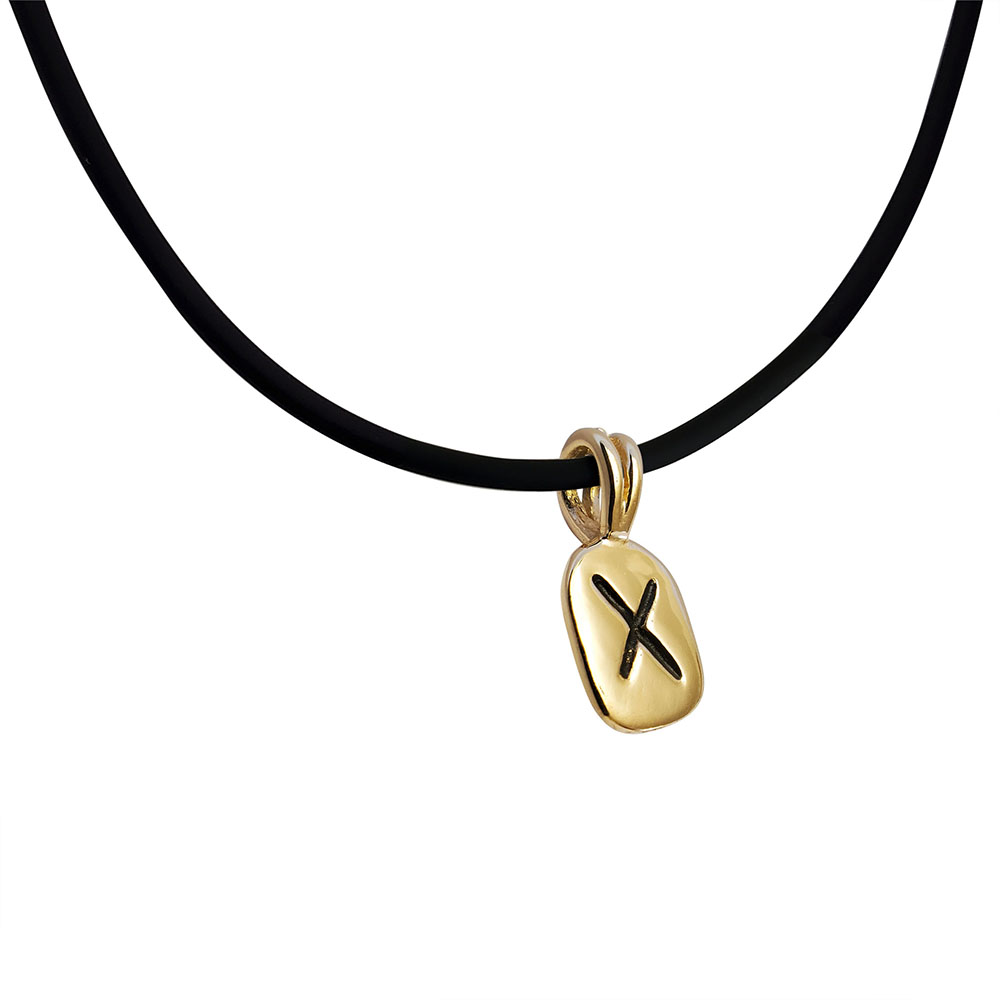 Traditionally, Gyfu is the name for the g–rune ᚷ in the Anglo-Saxon rune poem, meaning ‘gift’ or ‘generosity’:

The corresponding letter of the Gothic alphabet is 𐌲 g, called giba. The same rune also appears in the Elder Futhark, with a suggested Proto-Germanic name *gebô ‘gift’. J. H. Looijenga speculates[2] that the rune is directly derived from Latin Χ, the pronunciation of which may have been similar to Germanic g in the 1st century, e.g., Gothic *reihs compared to Latin rex (as opposed to the Etruscan alphabet, where

The corresponding letter of the Gothic alphabet is 𐌲 g, called giba. The same rune also appears in the Elder Futhark, with a suggested Proto-Germanic name *gebô ‘gift’. J. H. Looijenga speculates[2] that the rune is directly derived from Latin Χ, the pronunciation of which may have been similar to Germanic g in the 1st century, e.g., Gothic *reihs compared to Latin rex (as opposed to the Etruscan alphabet, where

The Gebo Rune has many meanings to the one casting the runes. As you continue to cast your own runes, you will see that each symbol will carry it’s own special meaning to you. Furthermore, here are some other popular Gebo Rune meanings.

Gebo Rune Meaning according to Ralph Blum – “Partnership A Gift”

Blum believes the Gebo Rune symbolizes “Partnership A Gift”. Additionally, he writes that “For true partnership is only achieved by separate and whole beings who retain their uniqueness even as they unite”. – Ralph Blum “The New Book of Runes”

The Gebo Rune symbolizes a “Gift, an offering, love, balance, hospitality”. It is said to represent a spiritual gift – to promote harmony and bring about union – “To tread a spiritual path you must be both a giver and a receiver”. From The Elder Futhark Runes

“The same Rune appears over and over again. I made a couple of decisions that became very clear as the days and casting went on” – Student of Iva Winton’s Rune Circle Course